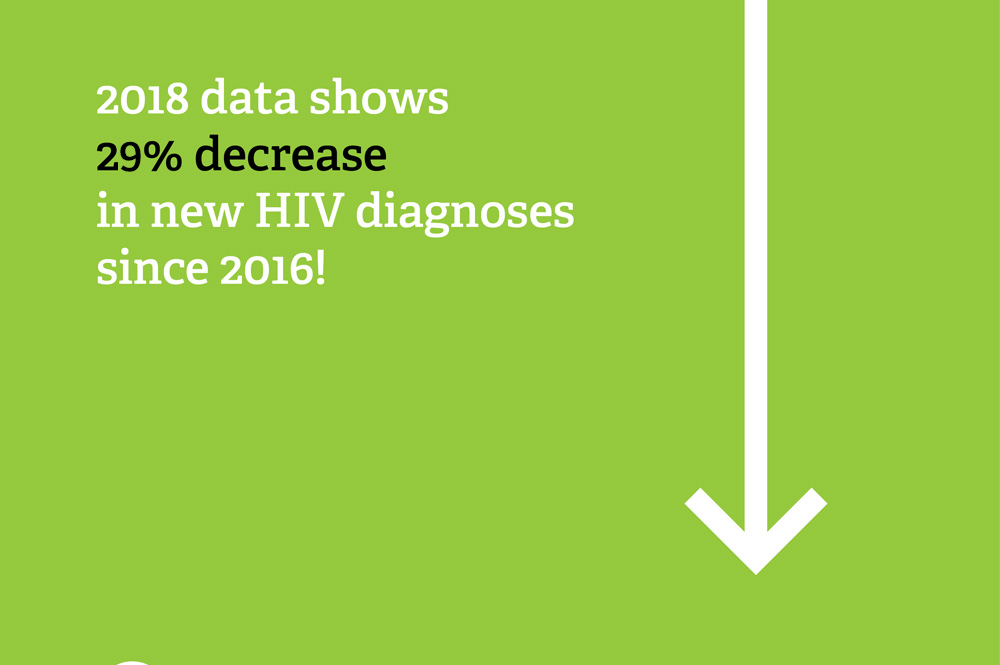 New HIV diagnoses continue to decline for a second year since a concerning peak in 2016, which recorded the highest numbers in New Zealand history.

The decline is seen across several demographics, but is most evident in gay, bisexual and other men who have sex with men (MSM). Diagnoses among MSM where infection occurred in New Zealand have seen a 39% decline, from 98 in 2016 to 60 in 2018. 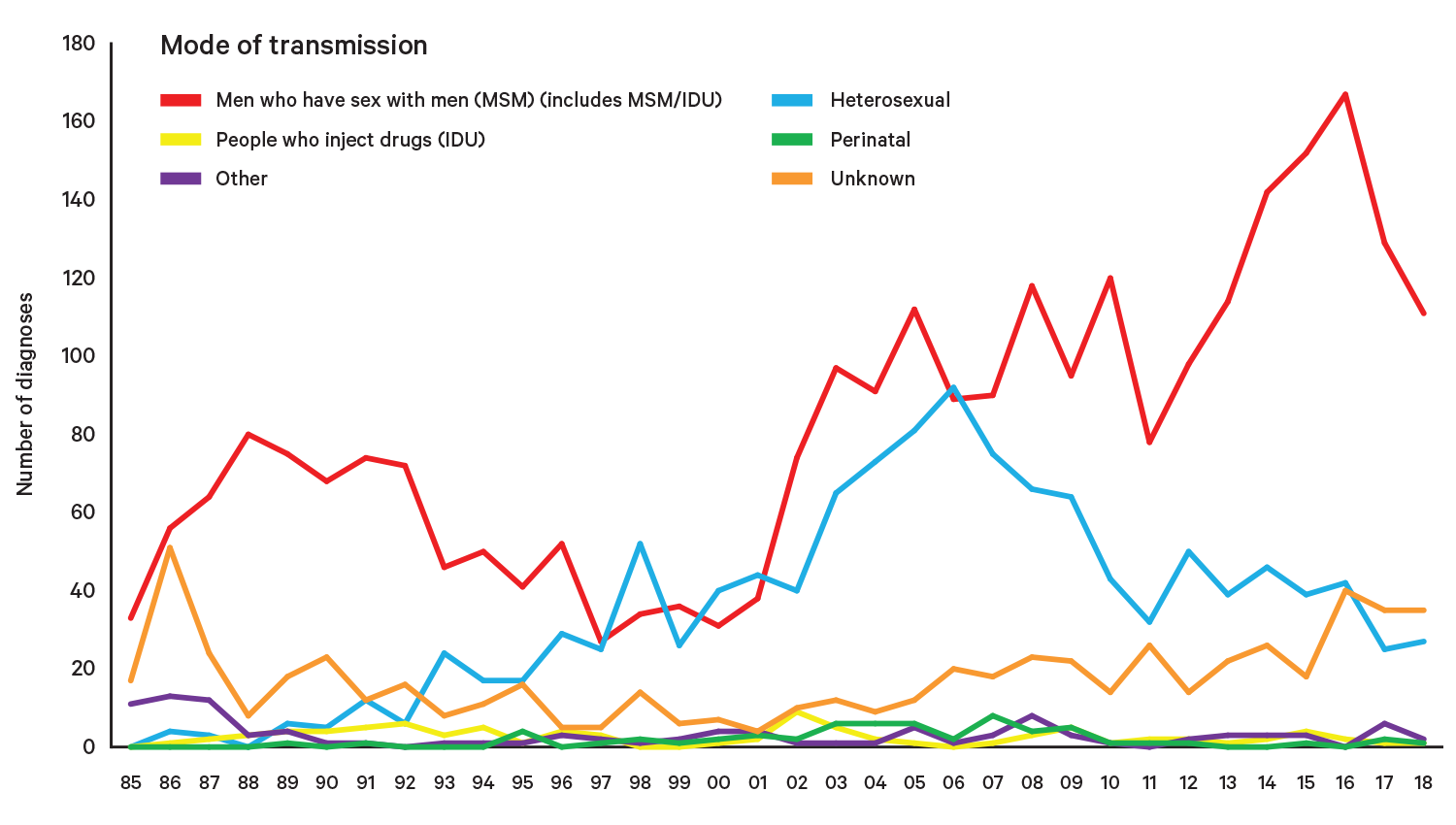 “Recent years have seen huge changes in how we think about HIV– so seeing this result is a sign that we’re getting some things right. There is a real potential to end new HIV transmissions in New Zealand and this continued drop is encouraging to see.”

“Changes within the last few years, including treating all HIV-positive individuals, availability of pre-exposure prophylaxis (PrEP) for individuals at high-risk for HIV, and ongoing campaigns emphasising the use of condoms and the importance of regular HIV testing are likely to reduce the number of MSM being infected in New Zealand.”

“Although there is a lot to celebrate about this continued decline, it is not a time to rest on our laurels,” says Joe Rich.

“There’s still a lot of work to be done to keep seeing this trend. We will ensure people know this decrease doesn’t mean people think the job is done – but it is definitely something to celebrate.

“NZAF will keep fighting HIV stigma through education and support, and continue to champion regular testing, staying safe and early connection to treatment.”

With gay and bisexual men still disproportionately impacted by HIV, NZAF yet again calls on the government to fulfil promises made to fund behavioural studies, which have not been carried out since 2014.

Observations from these studies give essential insights into how prevention tools are being accepted and implemented among gay and bisexual men, as well as trends in behaviours and the new risks that can be addressed.

“In order to have the most impact with targeted behaviour change and awareness campaigns, we need more data that looks at actual prevention strategy use and behaviour trends. Being equipped with this knowledge is how we address real, situational HIV risk and maintain this decline,” says Joe Rich.