The Birth of Pride

June 28th marks the 52nd anniversary of the Stonewall Riots, an uprising at the Stonewall Inn located in Greenwich Village, New York on the evening of June 28th which is widely credited with being the catalyst for gay liberation and Pride around the world as we know it.

The Birth of Pride


June 28th marks the 52nd anniversary of the Stonewall Riots, an uprising at the Stonewall Inn located in Greenwich Village, New York on the evening of June 28th which is widely credited with being the catalyst for gay liberation and Pride around the world as we know it.

But first, kia ora! My name is Max and I have the privilege of being the Director of the Auckland Pride Festival. When I was first asked to write this I had reservations, because Stonewall is such a treasured piece of queer history and every day it’s being invoked as a core part of the Black Trans Lives Matter movement in the fight against police brutality and racism more broadly. It’s a delicate, and imperfect piece of history - and I’m going to do my best to tell it.

“That was fighting for gay rights, and people were killed” - Drag Queen Derrick Barry’s infamous (incorrect) quote talking about Stonewall, RuPaul incorrectly correlating the death of Judy Garland with the uprising, as well as the many jokes about (insert queer icon here) threw the first brick at Stonewall are all signs of how integrated the Stonewall riots are in our culture - but also that what actually happened has been blurred through popular culture references.

The sign in the window reads: "We homosexuals plead with our people to please help maintain peaceful and quiet conduct on the streets of the Village"

The sign in the window reads: "We homosexuals plead with our people to please help maintain peaceful and quiet conduct on the streets of the Village"

So to start, it’s important to note that Stonewall wasn’t some well-loved gay bar. The Stonewall Inn was run by the mafia, had watered down drinks, and didn’t have any running water - it also paid (the 2021 equivalent) US$10,000 to the police every month, so that they didn’t get properly raided and shut down. Every now and again, the police would visit the bar and arrest a couple of people or shut down the bar just for show - but were happy accepting a bribe to keep it open.

The morning of June 28th, 1969 at 1:20am the police decided to raid the bar - but this time it’s different. They check everyone’s IDs, round up the trans women and drag queens, and immediately charge them with female impersonation and prostitution. A crowd starts gathering outside as people get kicked out, they start clapping as people walk out, and start vogueing and dancing in the street. But this is also when it gets more tense, as the police start bringing out employees of the Stonewall, as well as the trans women they’ve arrested - and the crowd starts to get more angry.

So who threw the first brick? Great question - and one that doesn’t necessarily have an answer (I’ll refer to my earlier comment about history being imperfect). First of all, it wasn’t actually a brick - there was a construction site two blocks away, but no one that was there actually remembers a brick. Participants remember throwing coins, rocks, and anything they could find - but no bricks.

Okay so, who started it then? Well, we also don’t know for sure. The consensus is that it was a butch lesbian who was being taken away in handcuffs who threw a punch and yelled “why don’t you all do something!?” But we don’t necessarily know who that was, Stormé DeLaverie has contradicted herself by saying it both was and wasn’t her. At the time she was an incredibly well-known activist - but no one at the time recognised her. But she’s also since been somewhat widely credited with it - so again, an imperfect history and inconclusive.

But what about Marsha and Sylvia? Marsha P Johnson is pivotal in the movements that followed, and was definitely there that night at Stonewall - just not when it started. She said she got there when Stonewall was already on fire. And Sylvia Rivera was 17 at the time, no one can say for certain that she was there - but again, so important in the subsequent movements. But we’ll come back to this later.

So after ‘the unknown butch lesbian’ yells “why don’t you all do something!?” - that’s when the uprising as we know it starts. The crowd moves in on the paddy wagon that has the handcuffed trans women and bar staff in it, and the police give up as they’re totally unprepared. Someone that was there said “It was the last straw, it was time to reclaim something that had been taken from us. It was just total outrage, anger, sorrow - everything at once.”

This energy, combined by the realisation they had power in numbers, was what drove them the rest of the evening. Ironically, the police ended up barricading themselves in the Stonewall Inn - a parking meter was used as a battering ram to try and enter by the protestors, and lighter fluid was used to eventually set the place on fire. Riot police were called, and fighting on the street ensued.

What is fascinating is that one of the tactics they used was taunting, they taunted the riot police with kicklines and calling them “girls in blue.” The police were humiliated because they believed “the fairies were not supposed to riot.” The skirmish ends at around 4am and everyone goes home, but then a guy, Mark, got given a piece of chalk by the owner of Stonewall to go around Greenwich Village and wrote “tomorrow night, stonewall, protest.”

It was the last straw, it was time to reclaim something that had been taken from us. It was just total outrage, anger, sorrow - everything at once

One year on from the Stonewall riots, demonstrators rally and march during the first Gay Liberation Day march in New York.

One year on from the Stonewall riots, demonstrators rally and march during the first Gay Liberation Day march in New York.

Then five nights of riots followed, and it birthed the Gay Liberation Front. The national queer publication, the Advocate, covered the uprising and inspired the rainbow community across the country to come together. It was then decided that every year the anniversary of Stonewall would be marked, which was the Christopher Street Liberation Parade in 1970. That subsequently inspired Gay Liberation Movements around the world, (including in New Zealand, when Ngahuia Te Awekotuku lead the first Gay Liberation Protest on June 5th 1972) and has now become Pride as we know it - and why June is Pride Month around the world.

Marsha P Johnson and Sylvia Rivera were pivotal in those early movements, as they founded STAR. A queer, gender non conforming, transgender organisation lead by trans women of colour. It was a groundbreaking organisation that supported homeless queer people, and then eventually became a core organisation that advocated for the liberation of transgender people as part of the Gay Liberation Movement more broadly.

So to conclude, the history of the Stonewall Uprising is messy - and not quite as we know it. But that’s okay, history is messy and riots such as Stonewall don’t have a perfect narrative. But this history is important, it’s the catalyst for modern Pride movements around the world. And while Marsha may not have thrown the first brick, I’d argue it doesn’t actually matter and that we should recognise their pivotal role in the movements that followed regardless.

Marsha, Sylvia, and Stormé should be remembered as being critical to the movement, and to our progress more generally. Marsha and Sylvia had to fight to be included in that movement, and fight to be accepted by cis queer people - and that struggle continues by trans and gender diverse people fighting to be visible and included within the rainbow movement and society as a whole.

The lesson that I take from the Stonewall uprising is that we owe our progress and our movement to those brave people down at the Stonewall Inn. We owe it to trans women of colour, butch lesbians, femmes, and everyone that was down there that finally had enough of injustice and decided it was time for action. Our ongoing movement for queer liberation has to be radically inclusive so that it doesn’t leave anyone behind. After all, as Martin Luther King Jr said, “no one is free until we’re all free.”

We do not own the rights to images used. 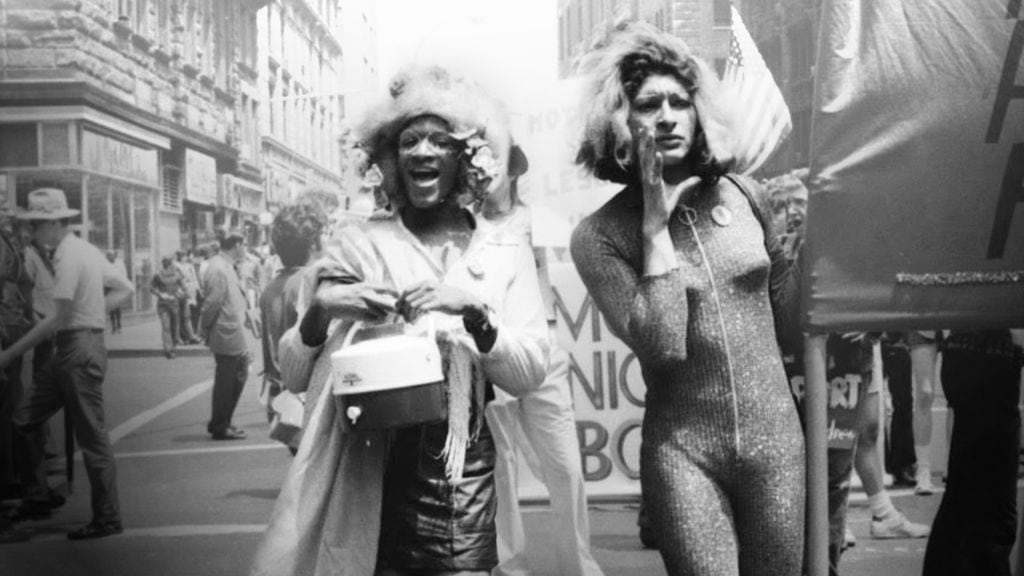