Have you ever sent or received this message?

Keep reading to find out why this can be stigmatising and some alternatives!

1) It's stigmatising 2) It's not logical 3) I ask because I want to have condomless sex What can I say instead?

Have you ever sent or received this message?

Keep reading to find out why this can be stigmatising and some alternatives!

1) It's stigmatising 2) It's not logical 3) I ask because I want to have condomless sex What can I say instead?

Conversations about status and prevention methods are super important - but asking someone if they're "clean" to determine whether or not they're living with HIV is absolutely not the way and is frankly offensive and ignorant. ⁠
⁠
Why? ⁠

The first big issue is that it suggests that people living with HIV aren't "clean".

This wording implies that they're somehow dirty. Not only is that offensive, but it’s also harmful and seriously stigmatising. People in our communities should know better than to do exactly what our queer forebears were fighting against. Stigma keeps people in the shadows and causes even more harm.

The key word in “people living with HIV” is people. They are human beings. Human beings that are affected by a virus which society has let carry far more stigma than almost any other modern health condition.
⁠
Framing the question in such a negative light can also discourage other people from getting tested, for fear of finding out that they’re not “clean” anymore - which just results in more and more people not knowing their status. This then leads to more HIV transmissions.

It can discourage people from testing, for fear of finding out that they’re not “clean” anymore.

Secondly, it's not even a logical way to go about preventing HIV transmission.

What does the answer to that question even tell you? If someone says, “Yup”, what does that even mean? That at their last HIV and STI test they tested negative, right?

So, the more important question would be: “Have you tested for HIV and STIs recently?”. That gives you way more to work with.

The next part of the flaw in this logic is - there’s no knowing that the person who says they’re “clean”, hasn’t contracted HIV or another STI since their last test, or tested too close to the window period to have a definitive result. Now, there’s nothing wrong with that - that’s the nature of staying on top of your sexual health: you can only test so often. But clearly asking if someone is “clean” does nothing to protect your own health, it only serves to make others feel awful.

Reminder: The person who is openly living with HIV and on treatment - who would fail your genius “Are you ‘clean’?” method - is not actually able to transmit HIV to you, so is a safer hookup than the person who says “Yup” and last tested over 6 months ago!

It’s much more important to know your own status and take steps that protect your health than to rely on the words of a potential hookup on Grindr. That’s not to say they’re lying; that's just how testing and window periods work.

We’re not exaggerating when we say that testing is probably the most important thing you can do to protect your health and the health of people you have sex with. This is not just because it lets you know you haven’t contracted anything, but because if you do test positive for HIV or an STI, you can receive care and treatment ASAP and look after your health, while also stopping transmission.

HIV is much more dangerous when someone doesn’t know they've contracted it; not only are they likely to transmit it to others, but their own health will be compromised without treatment.

Sure. We know that condoms aren’t the solution for everyone. But there are definitely other options and, as explained earlier, asking if someone’s “clean” is not keeping you safe. So let’s replace it with something useful and not harmful.

If you have the time, having solid and non-stigmatising conversations about HIV and STI status is so important. There’s nothing wrong with letting people know when you last tested, and asking the same of others. But the other side of that coin is being comfortable with telling your partners if you test positive for any STI - and not making people feel bad if they do test positive or are living with HIV or any other long term STI like herpes or HPV.

If you are relying on testing as your only form of prevention, you need to be testing regularly, especially if you hook up with new or multiple partners. You also need to be ready to let people know as soon as possible if you test positive for anything (and ask others to do the same).

If you find out someone is living with HIV, have some empathy, but also have some understanding of U=U; people living with HIV who are on treatment and have an undetectable viral load don't pass on HIV sexually. They just don't. Even without condoms. While who you have sex with is your choice, it’s important to know this.

So, what can I say instead?

"When were you last tested?"

"Do you know your status?" 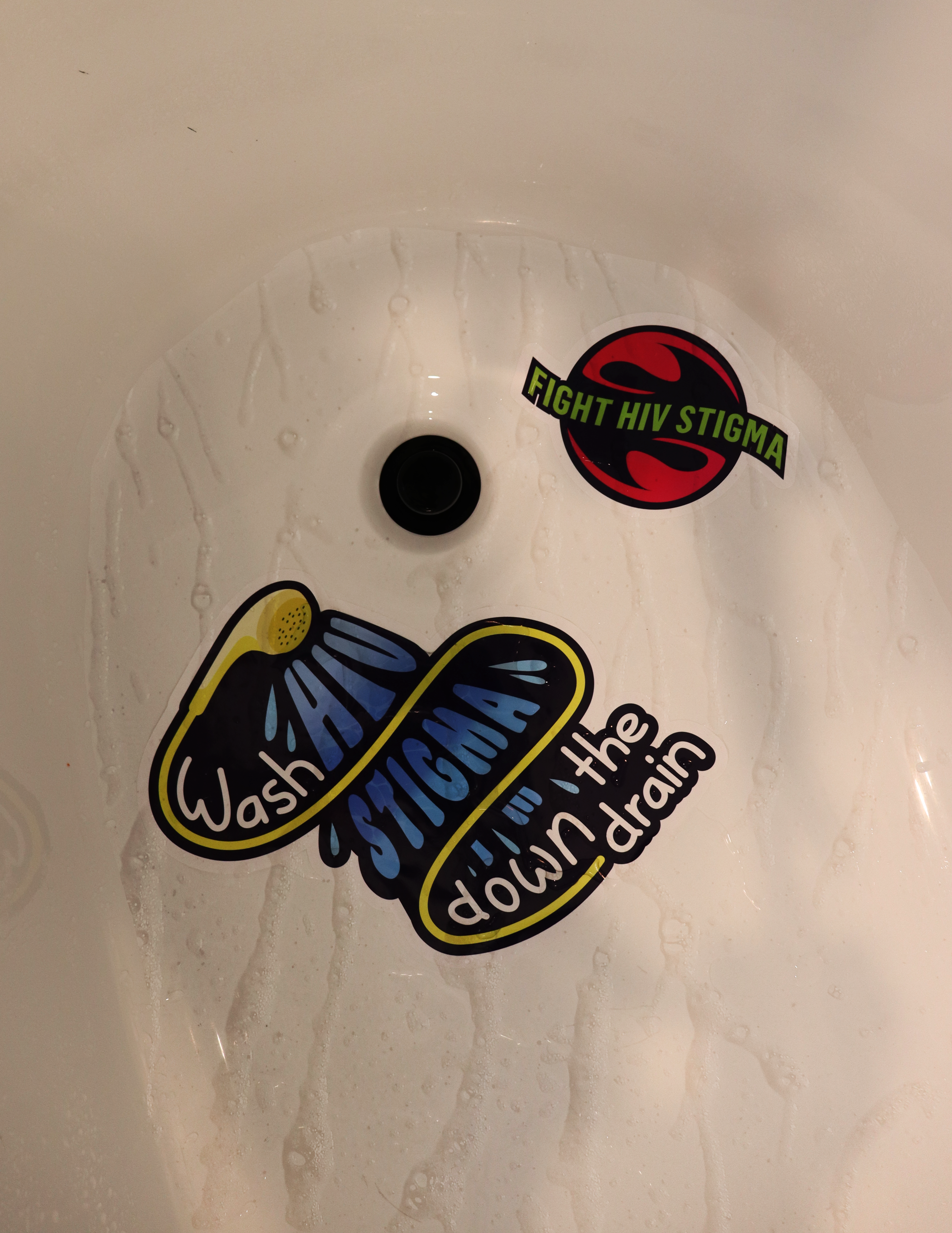